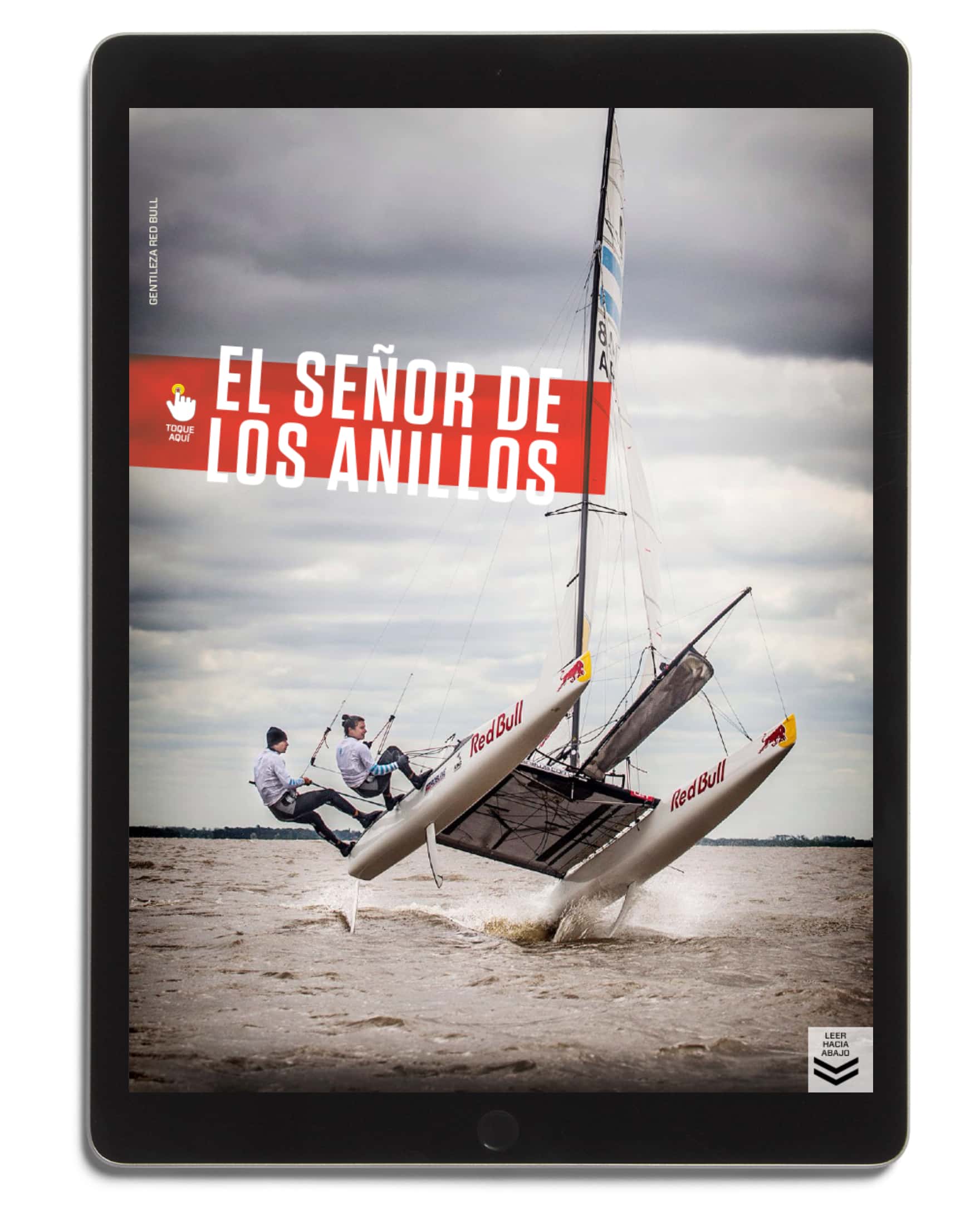 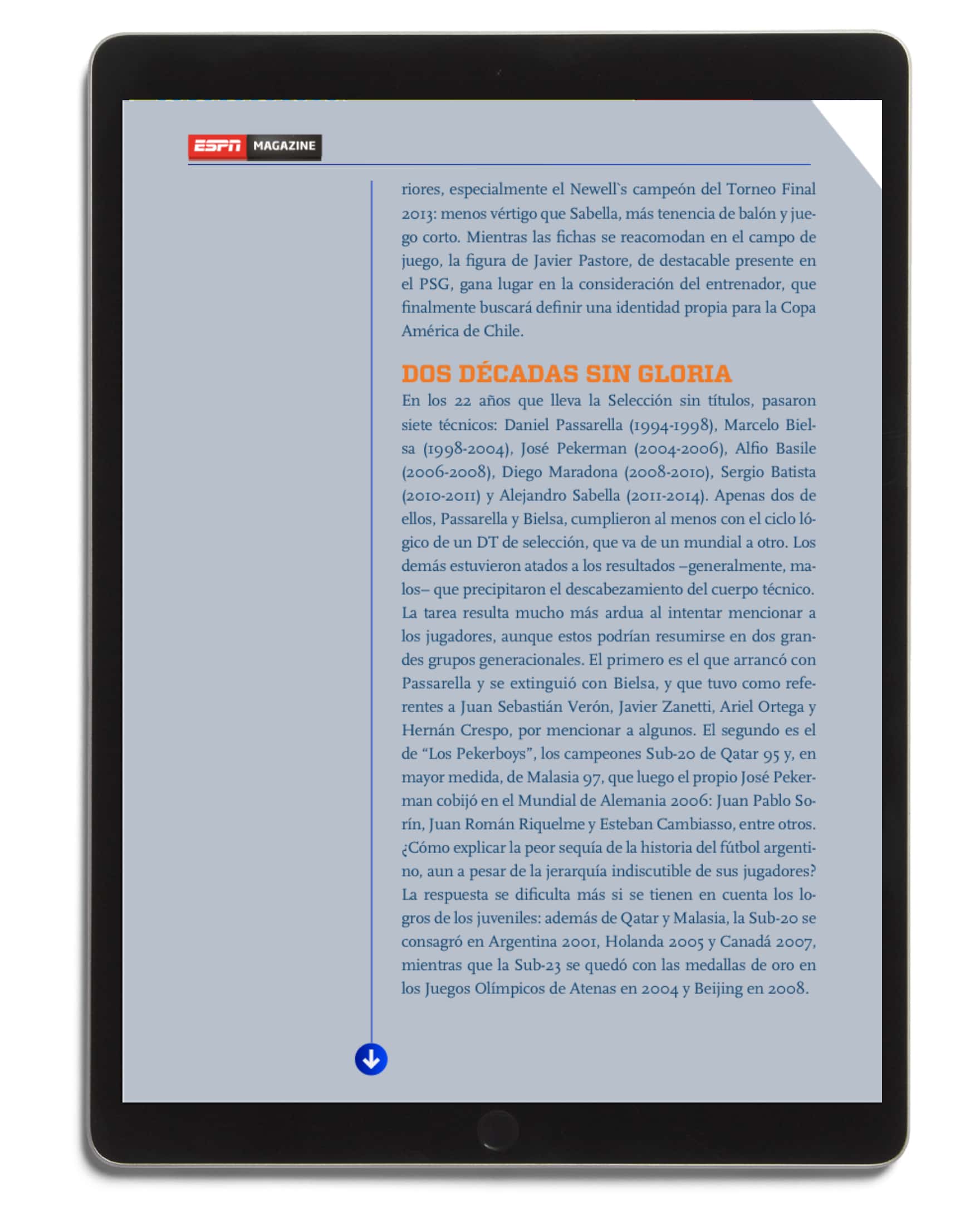 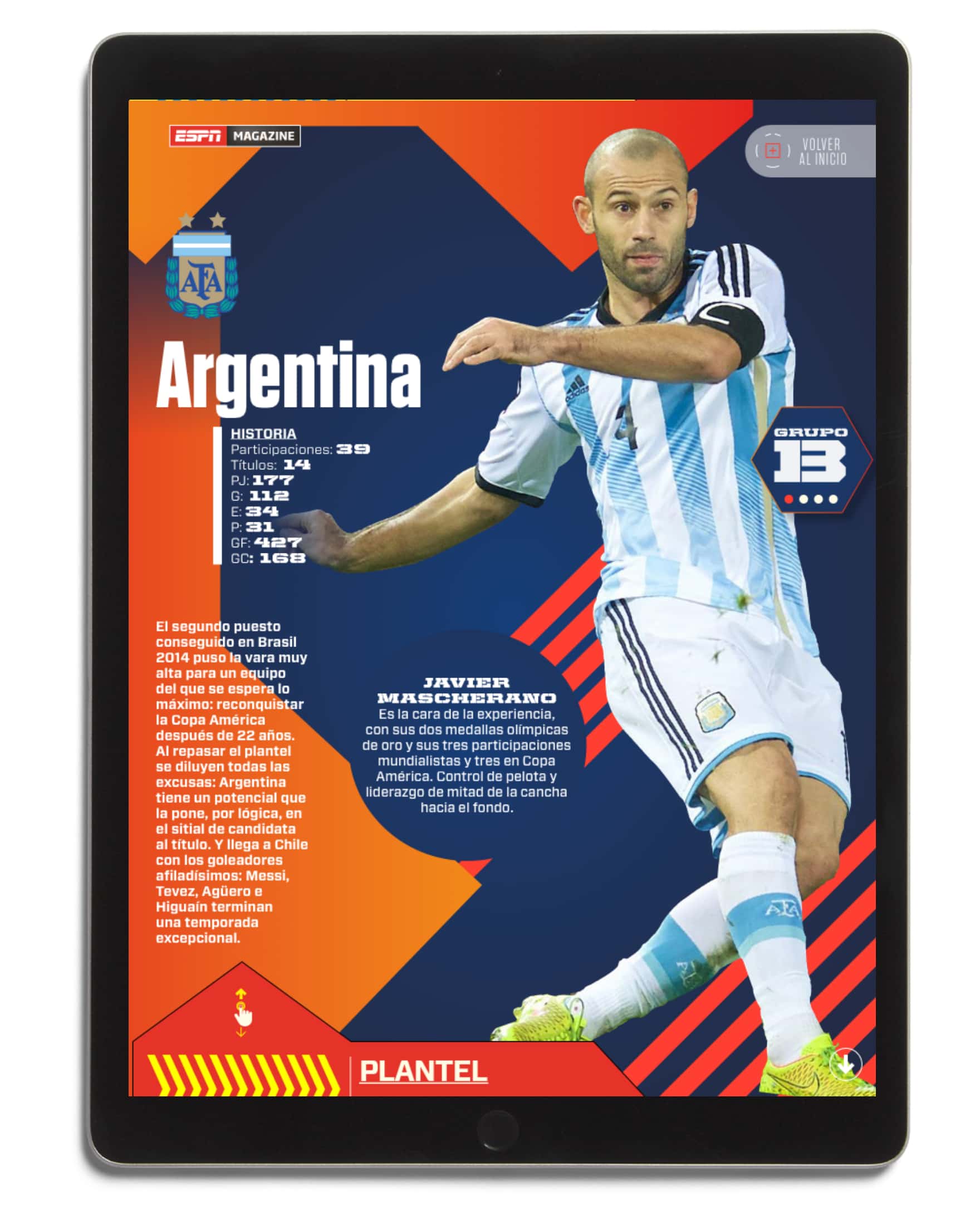 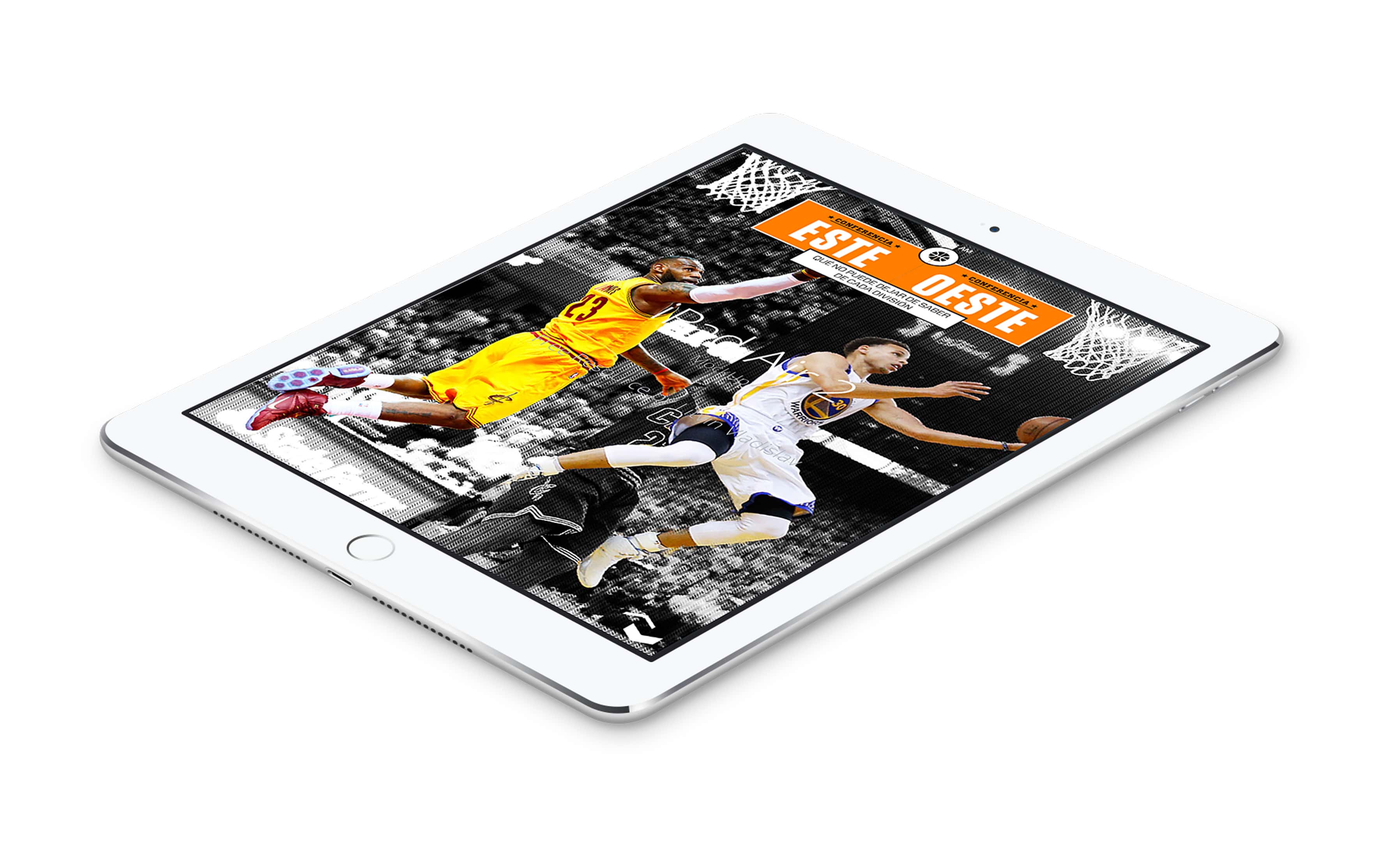 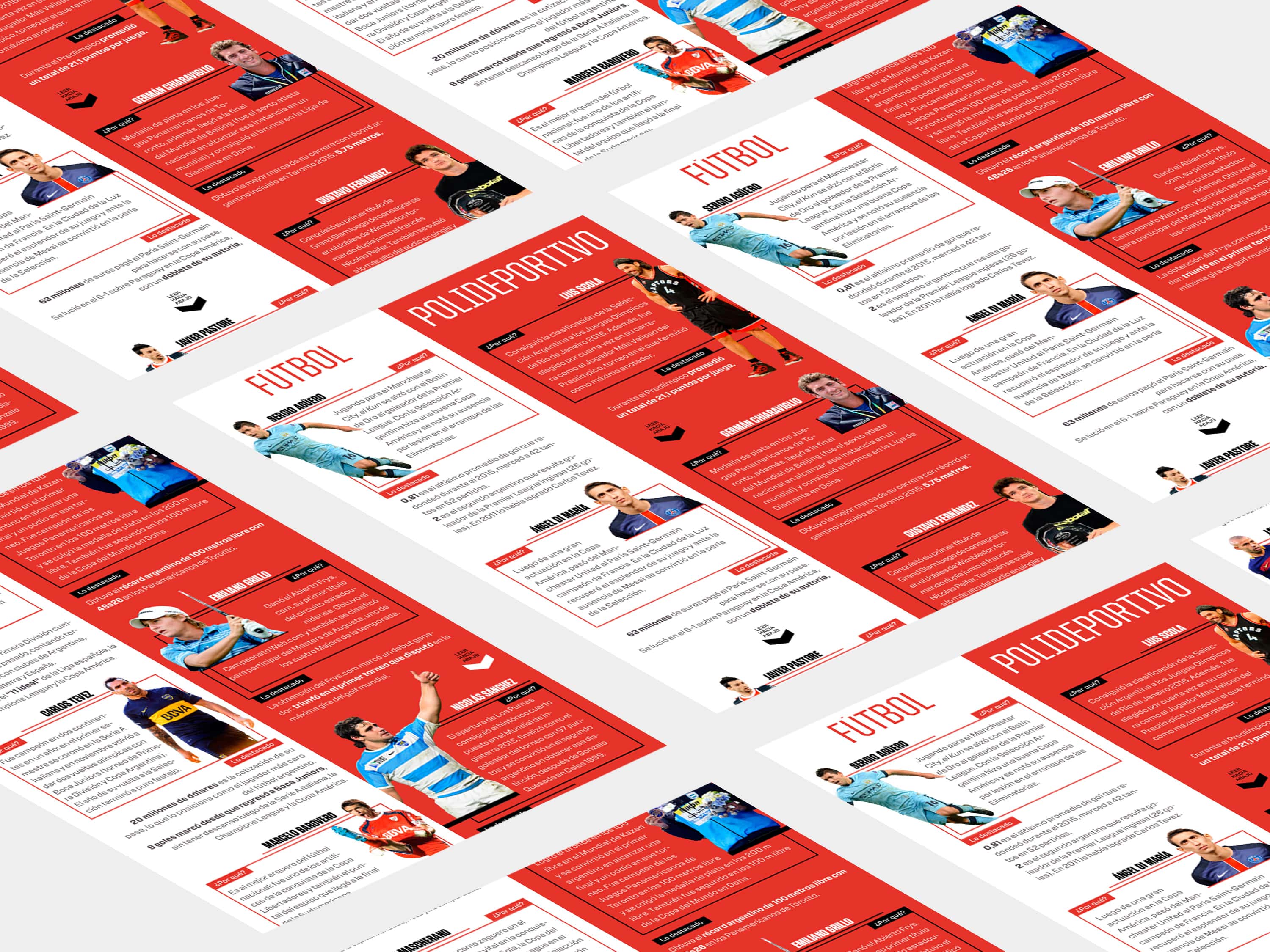 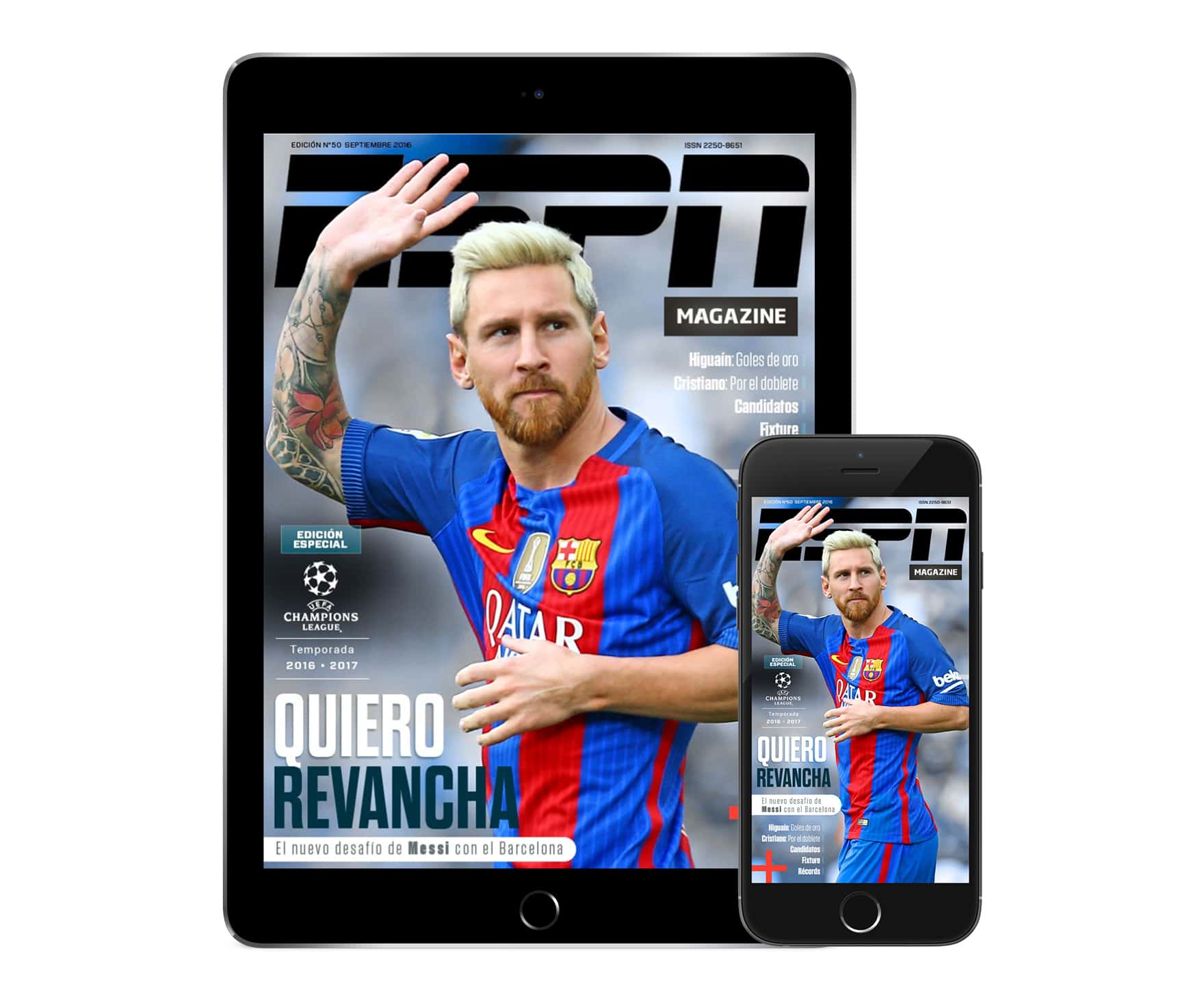 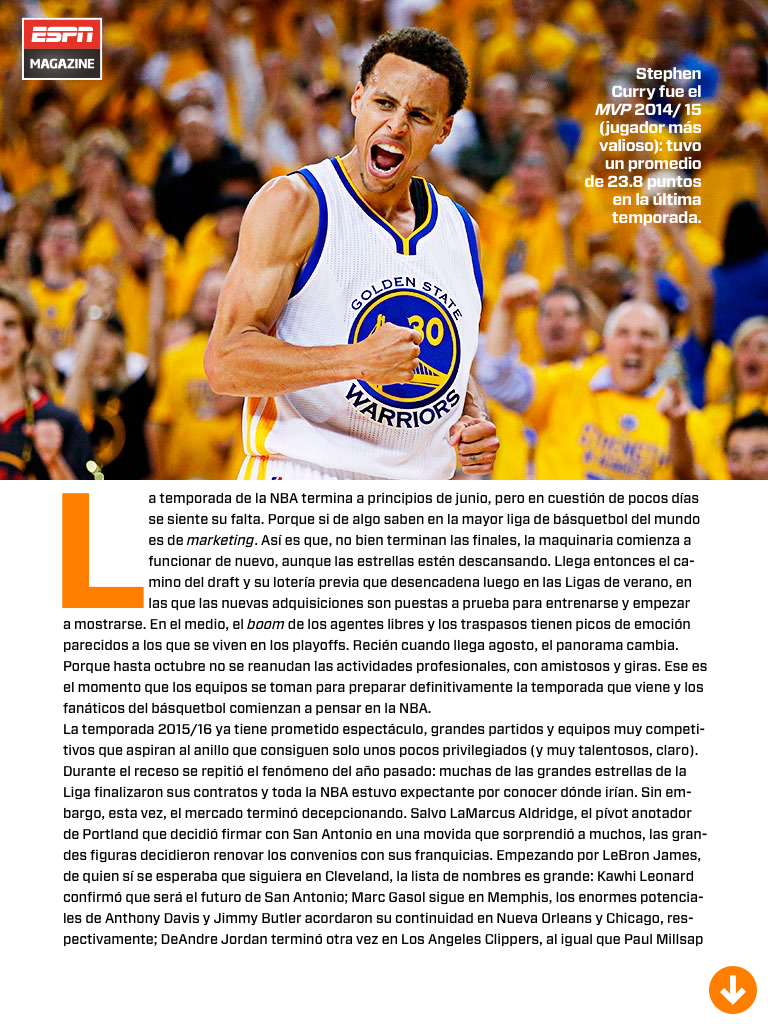 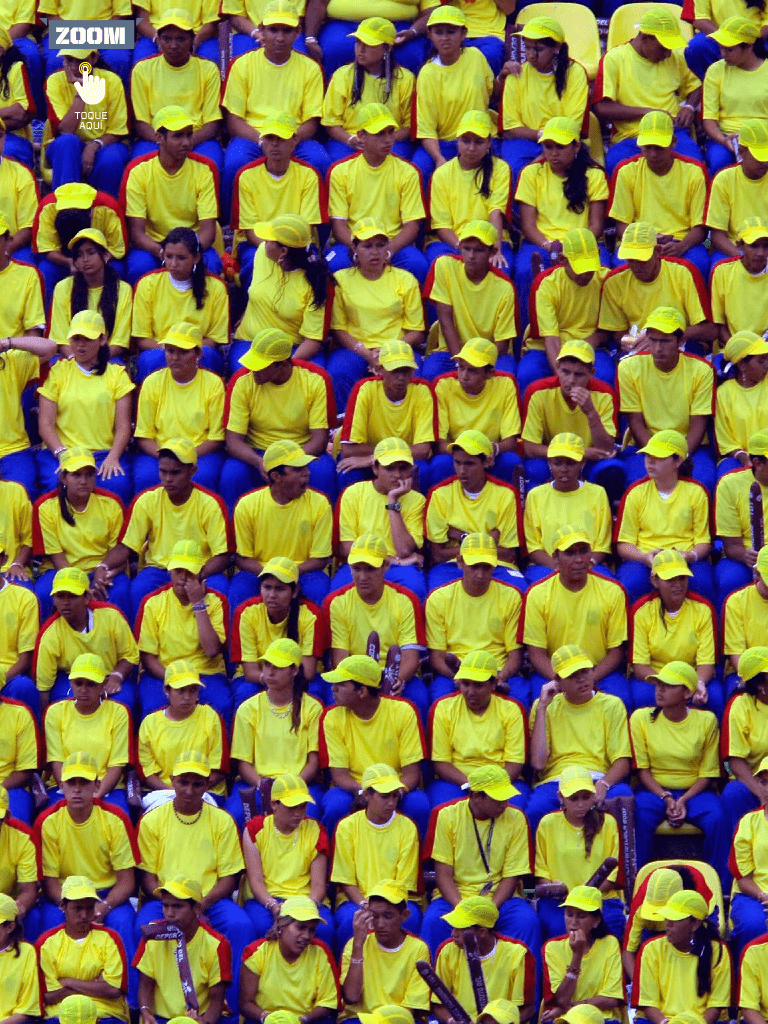 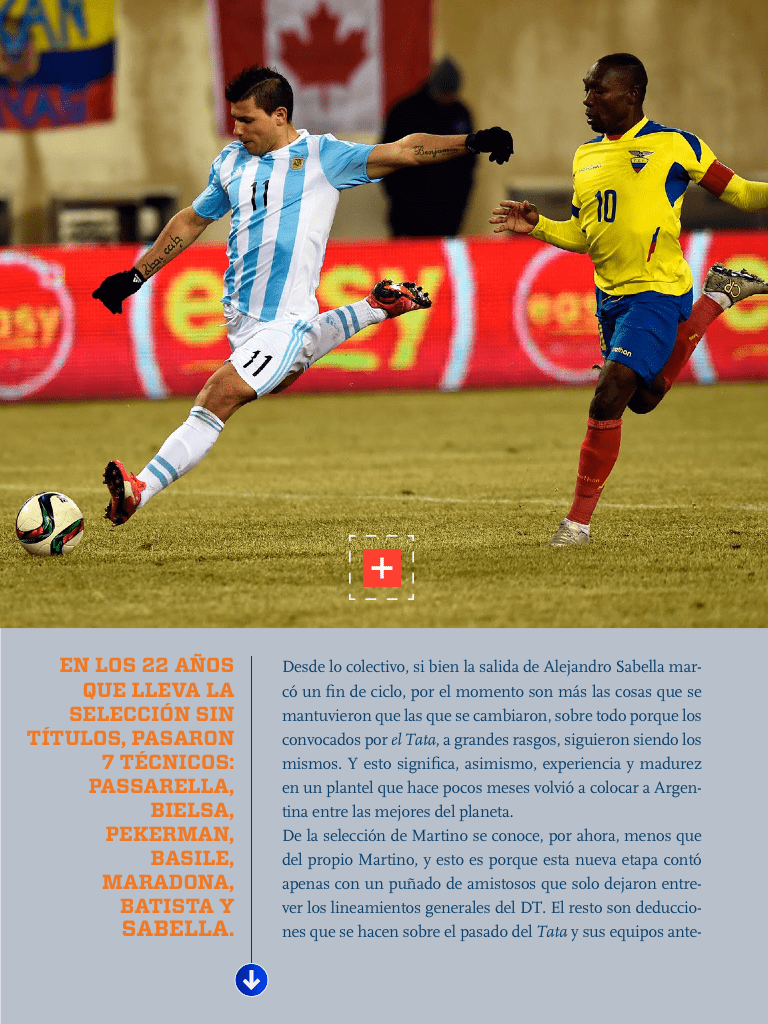 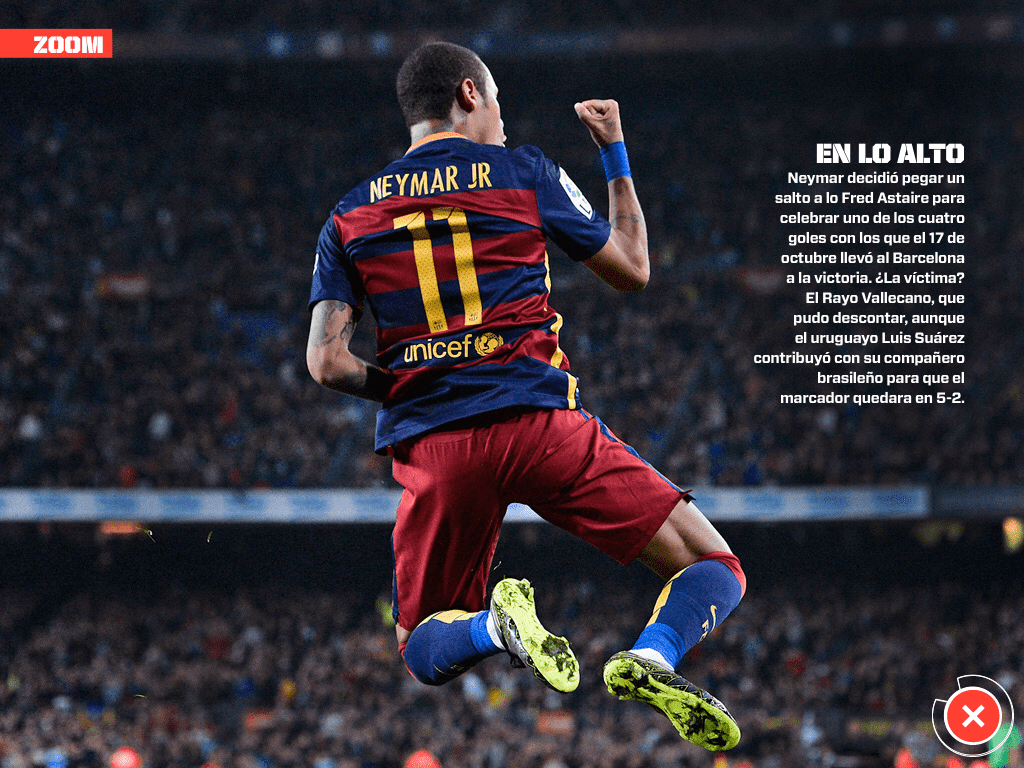 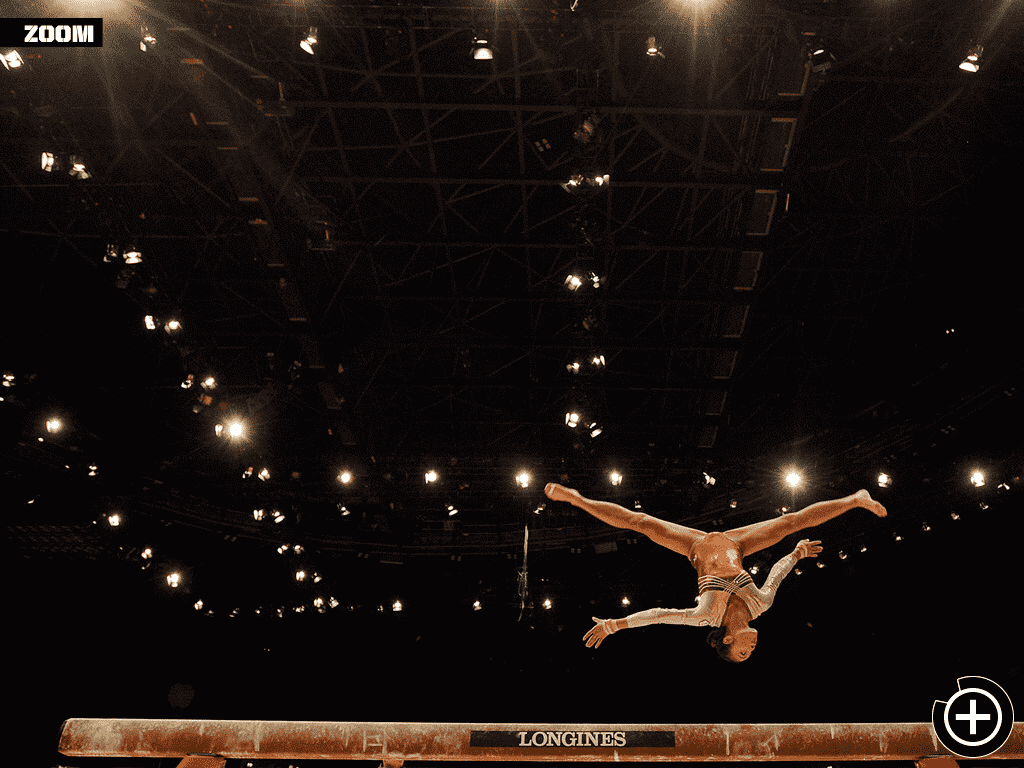 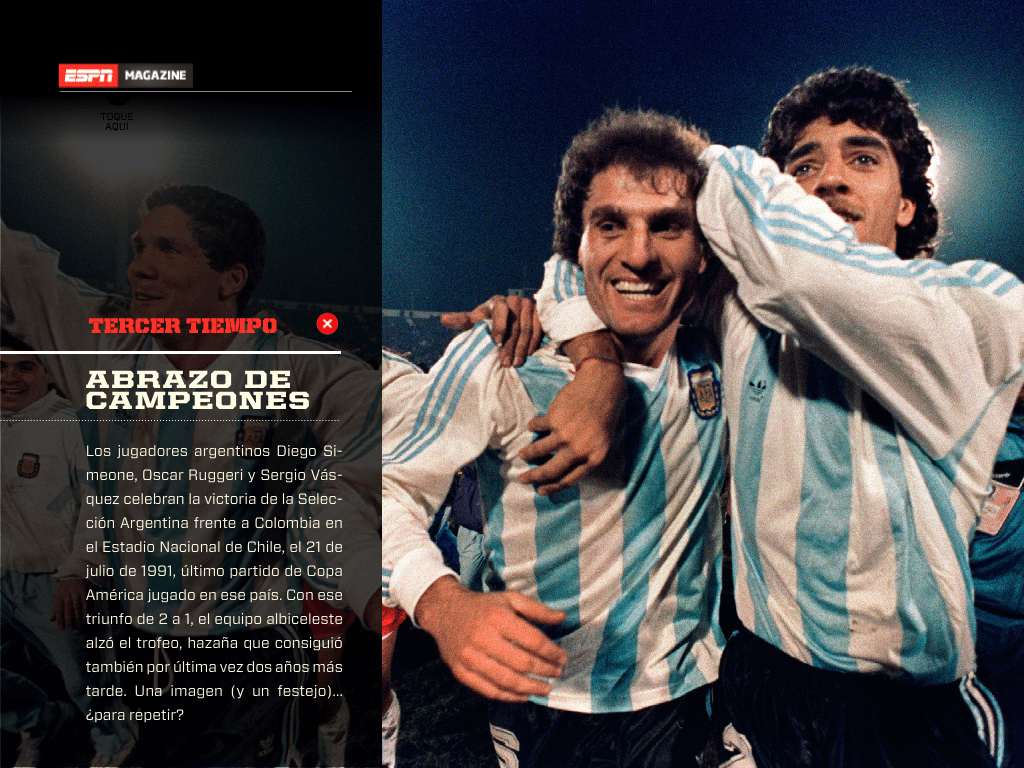 Pushing the limits of e-commerce and creating a lab like experience for online shopping.

Flowen is a luxury fashion and accessories brand based in Los Angeles and Miami. They’re otherworldly products required and otherworldly online shop, which we worked closely with their team to deliver. And we did.

Creating jewelry pieces imagined from the combination of nature and art, reaching unforeseen levels of sophistication, the product variants outgrew the total number of products to a number of 24 to 1, so the main focus was how to bring that to life without showing the products all over again with small variations. In order to achieve this in an engaging way, the team came up with the “make your product” version of an online shopping. The product is presented with all the variants, and the user gets to select which variants it includes in the final product. Requested by the client, this process had to be visual. 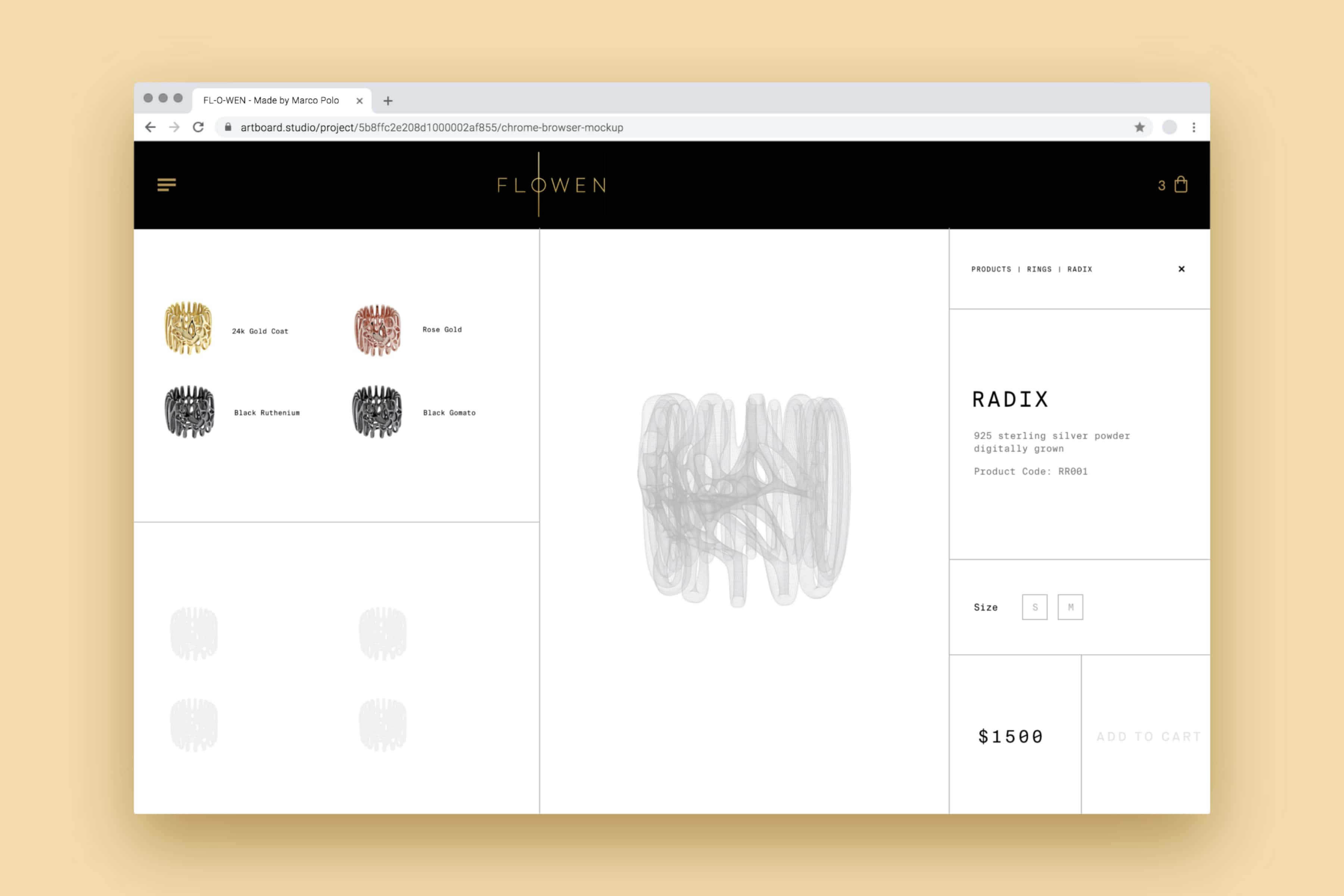 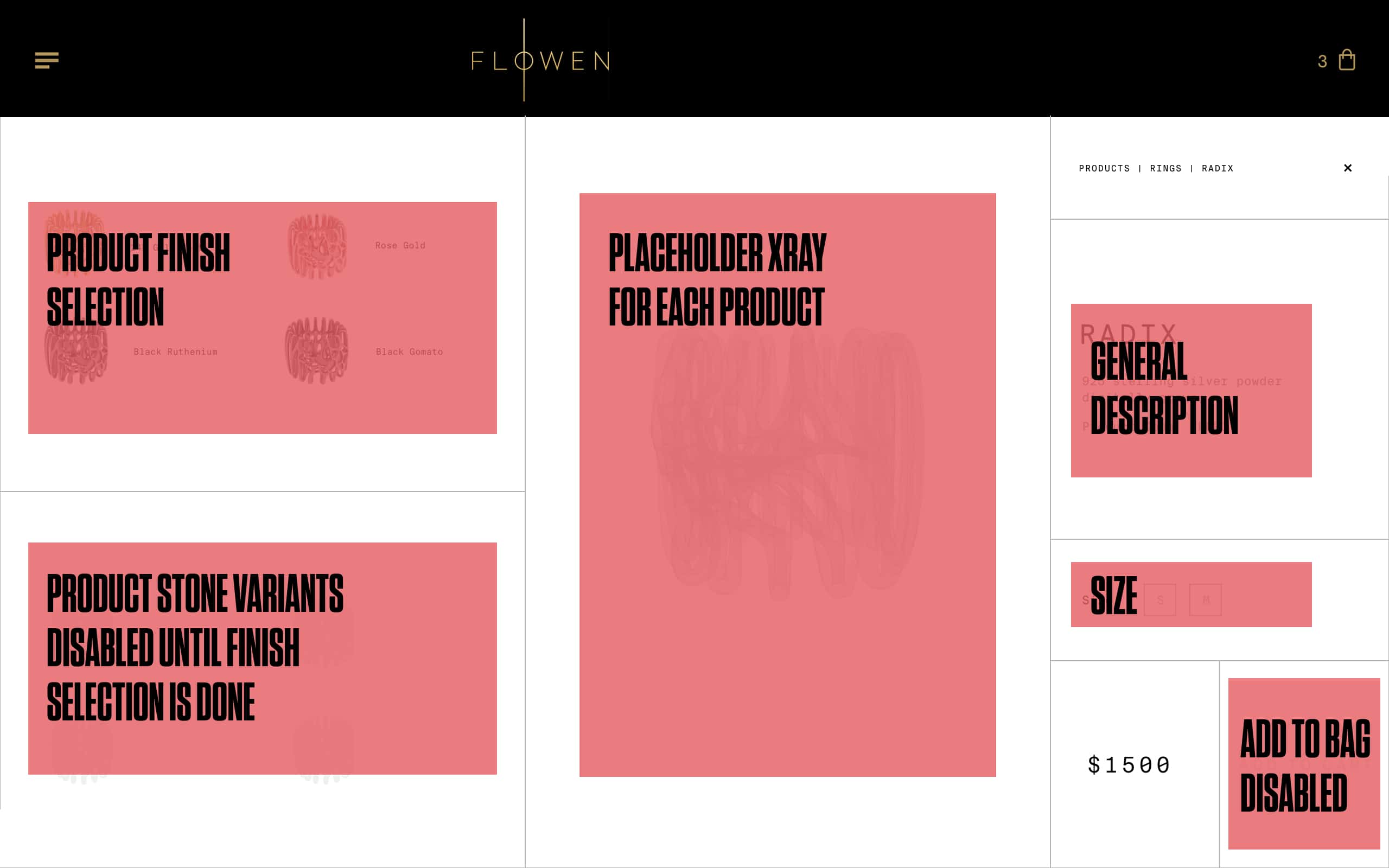 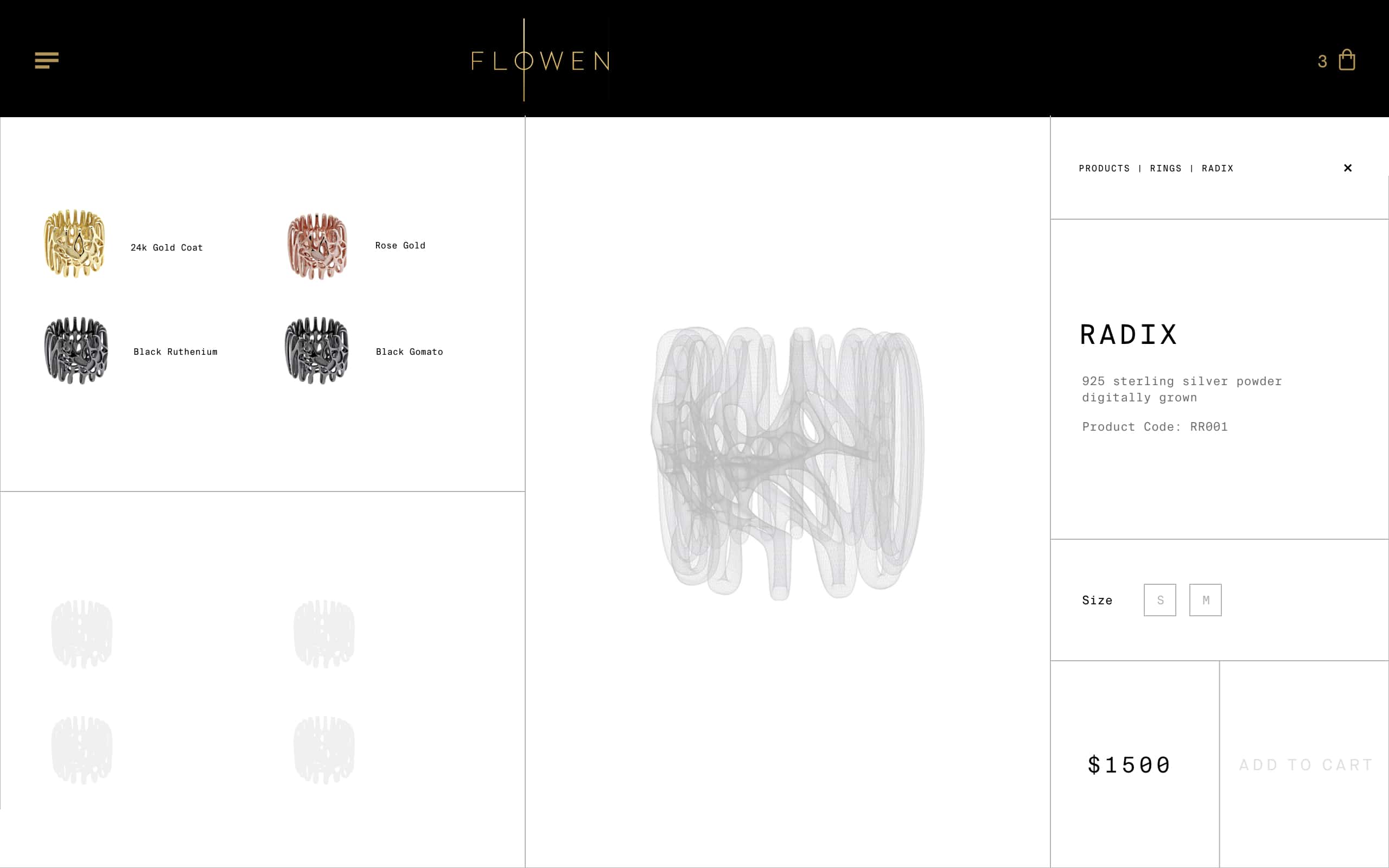 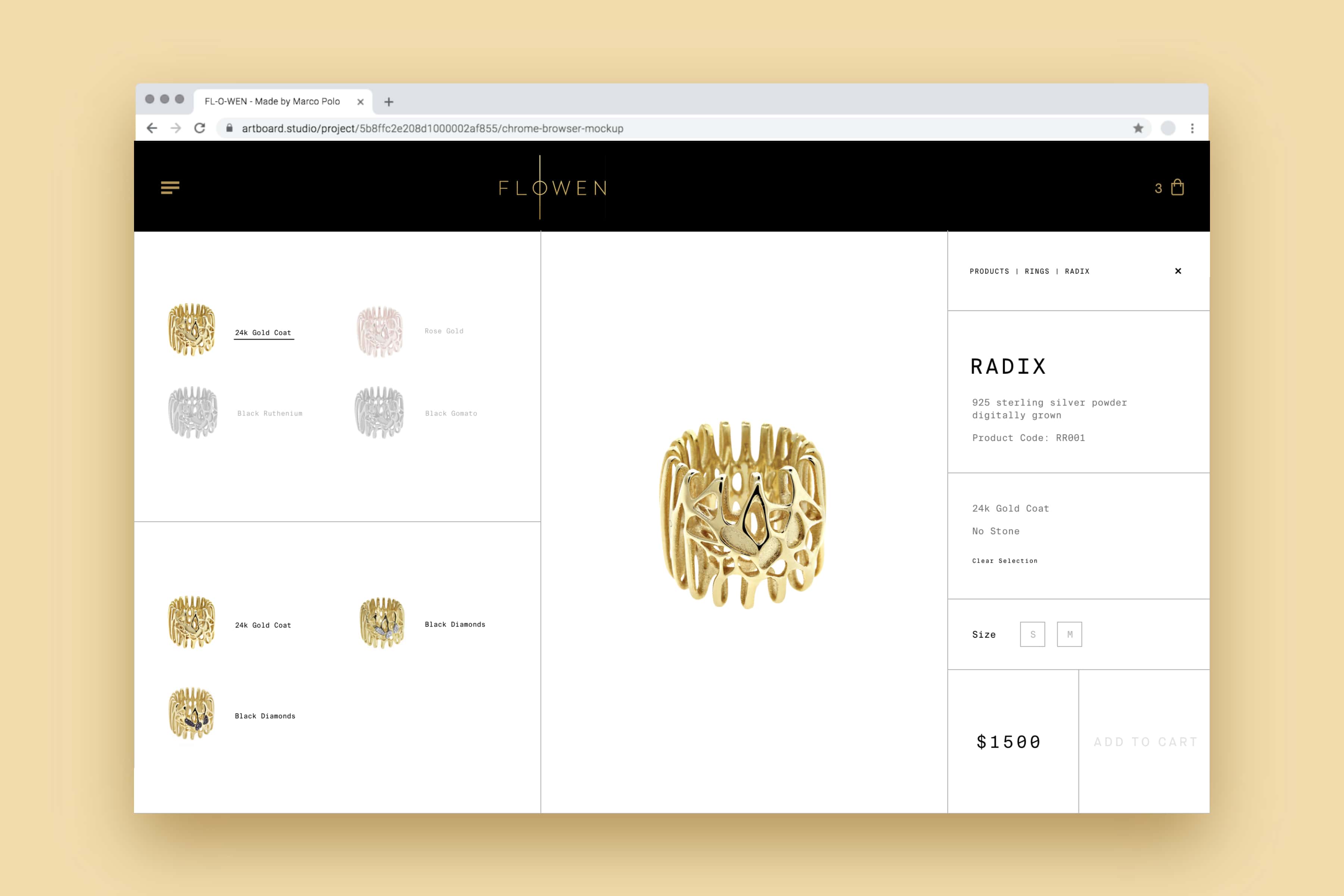 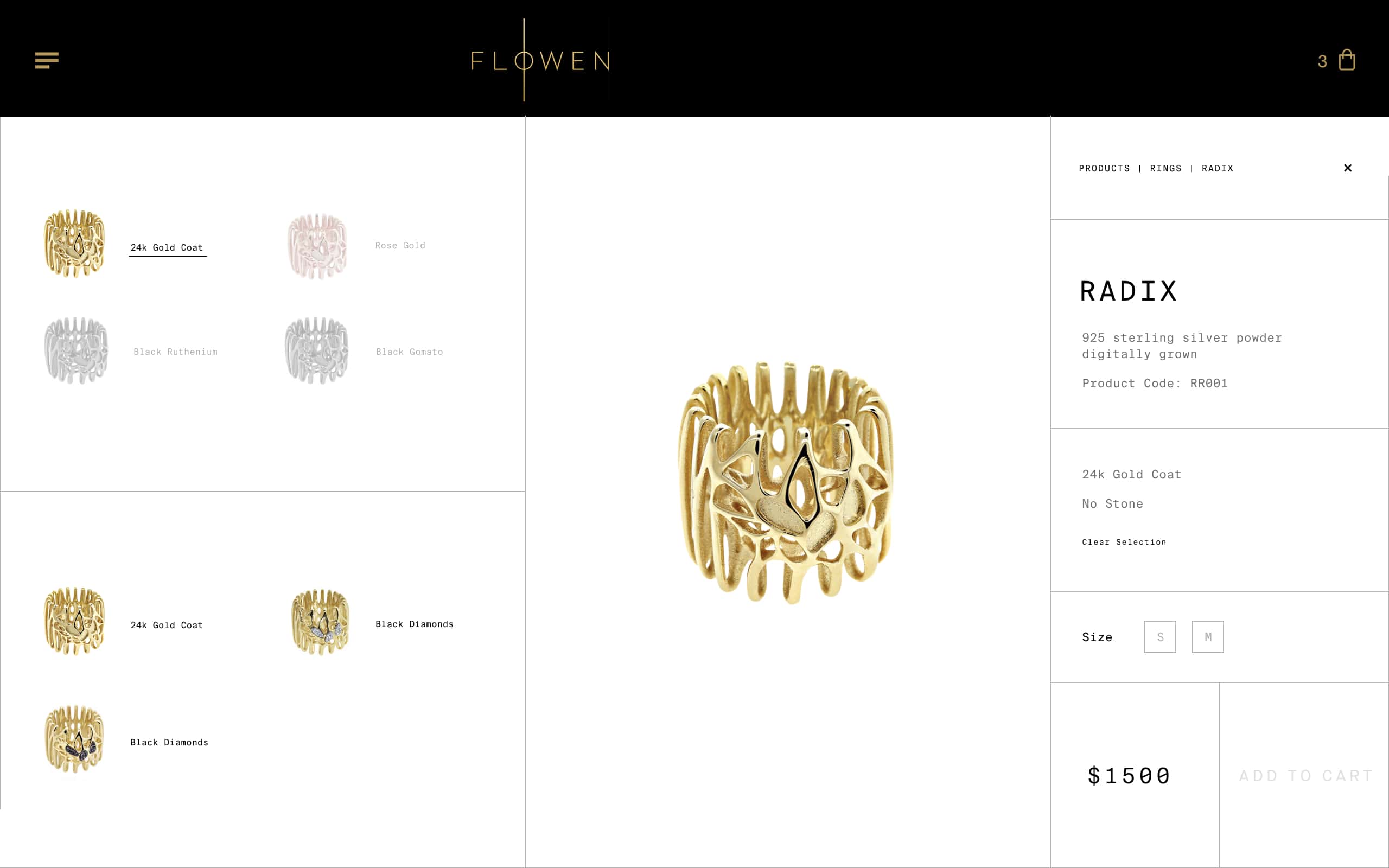 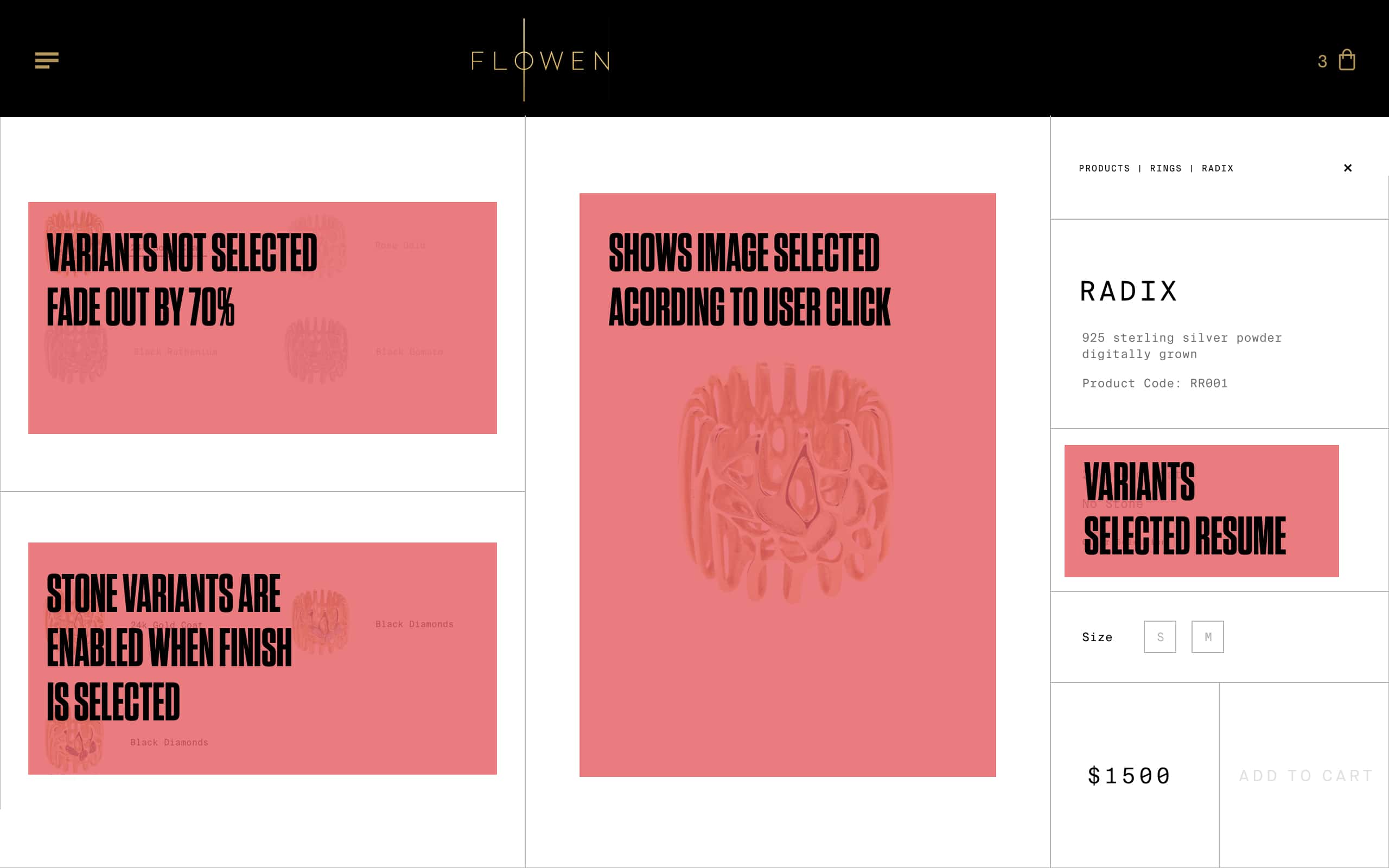 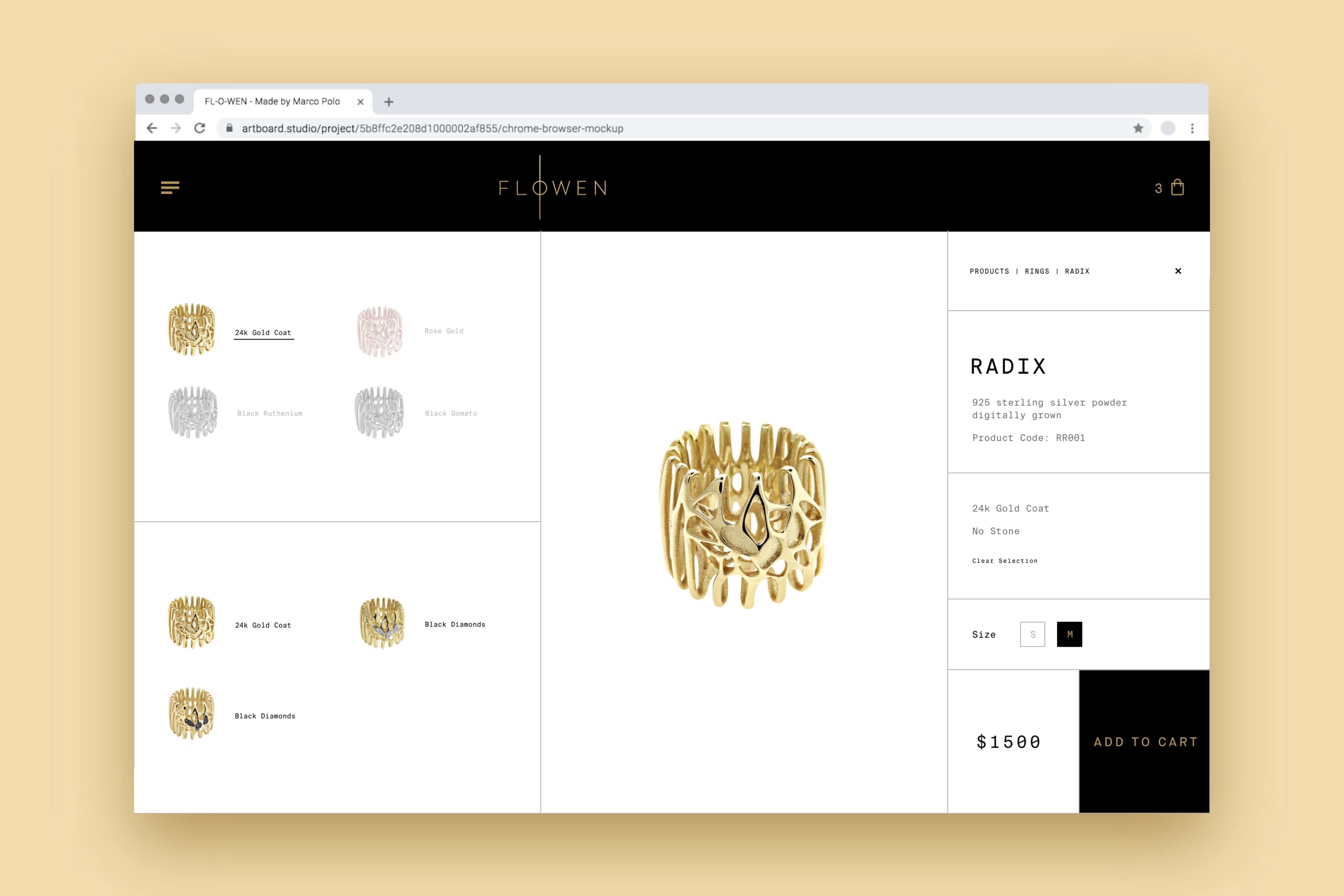 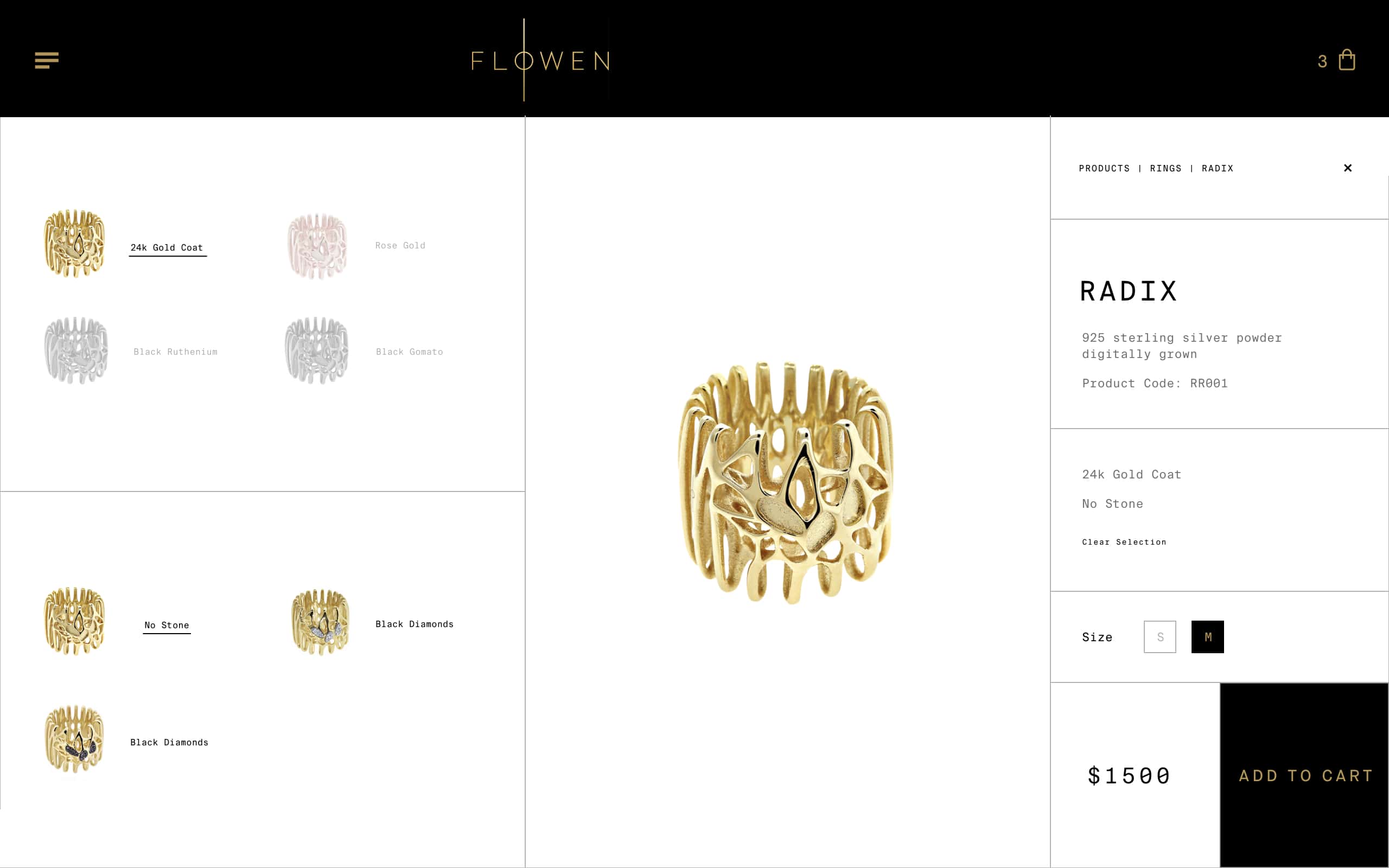 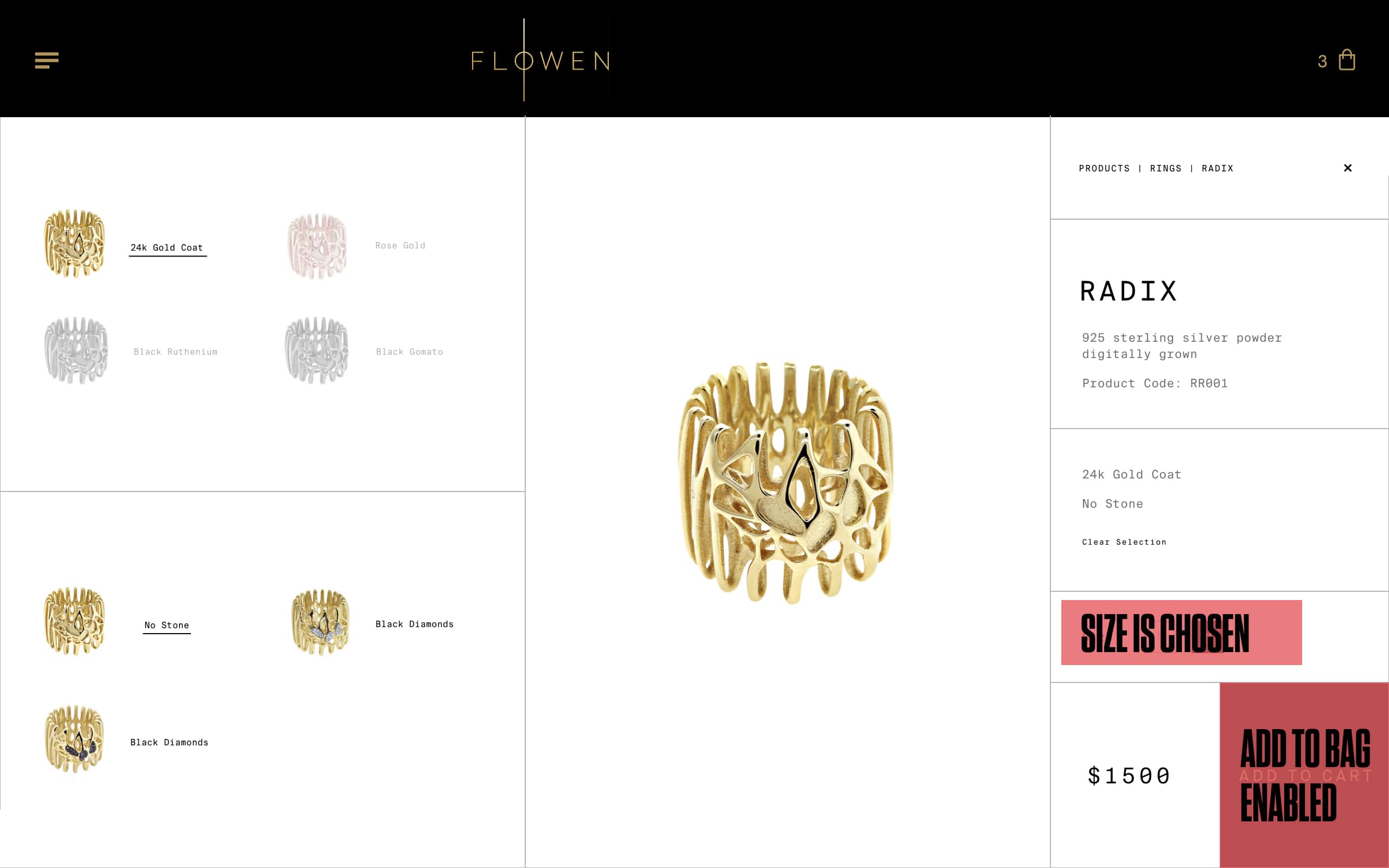 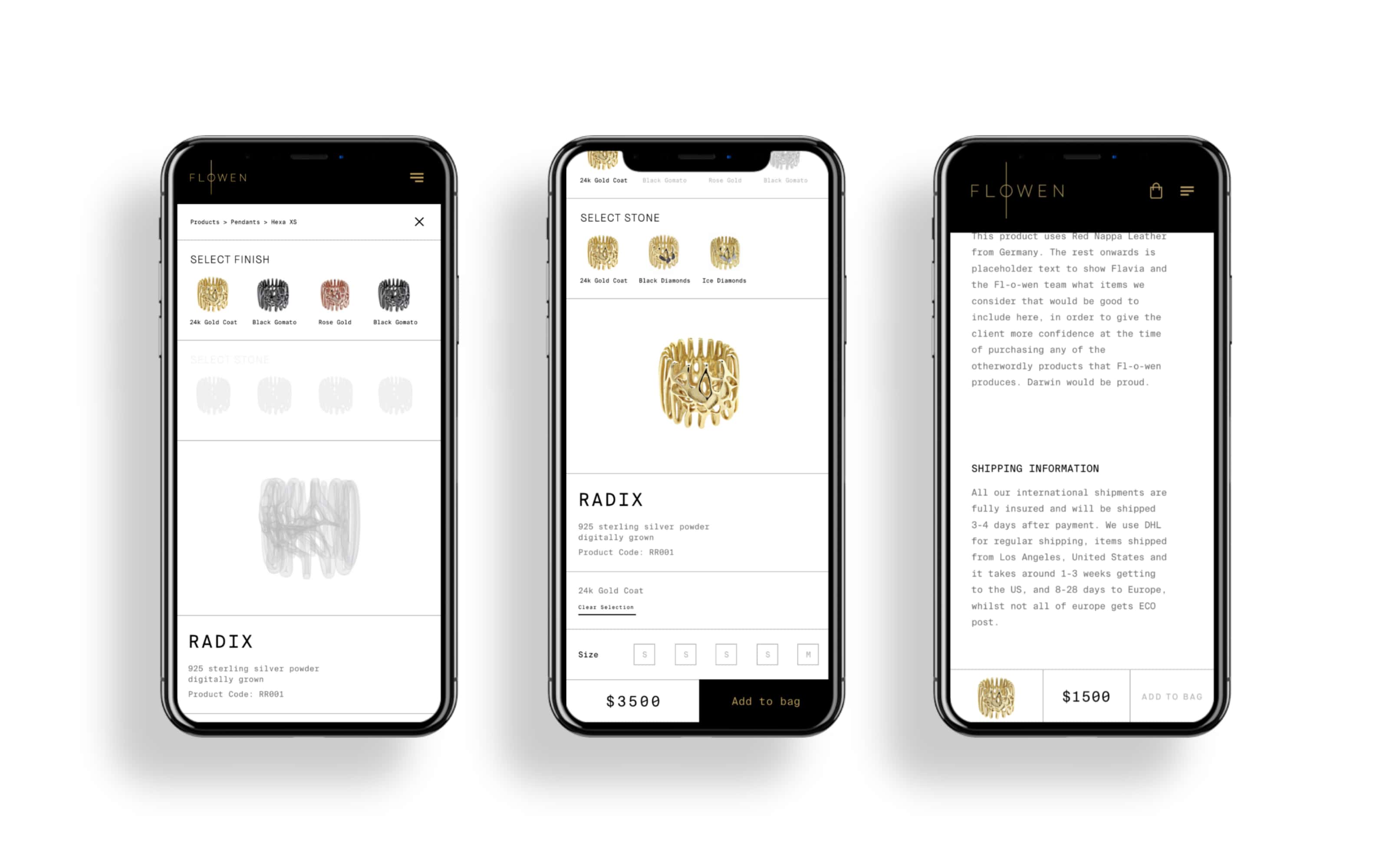 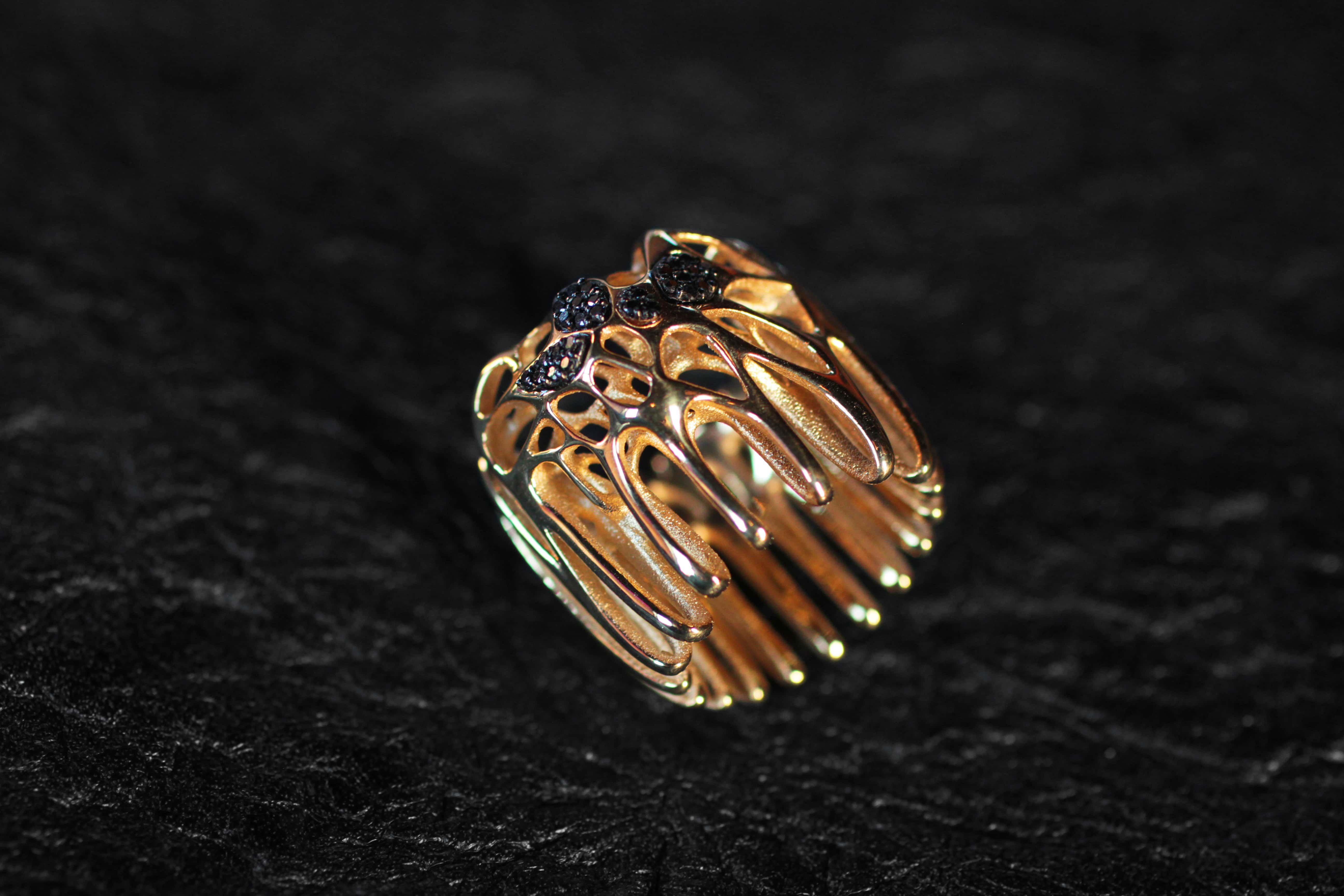 Obsessed with the PHI and Golden Ratio, the screens that made up the rest of the shop were drawn up respecting this ratio.

Thus the position of the logo, and the on screen elements that worked when the header remained fixed on the top of the page. For the collections section of the shop, a grid of thirds was used on desktop to prioritize the products viewing, always keeping the Flowen aesthetic.

With a clear aesthetic in place, the animations followed up to complete visually the desired experimental mood that Flowen is based upon.

The team worked closely to work the animations and animating the content using the distinctive golden ratio division, as seen on the menu, main slideshows and side cart navigation. These were re designed for mobile views, in order to make the animations full use of the vertical viewport that mobile devices offers. 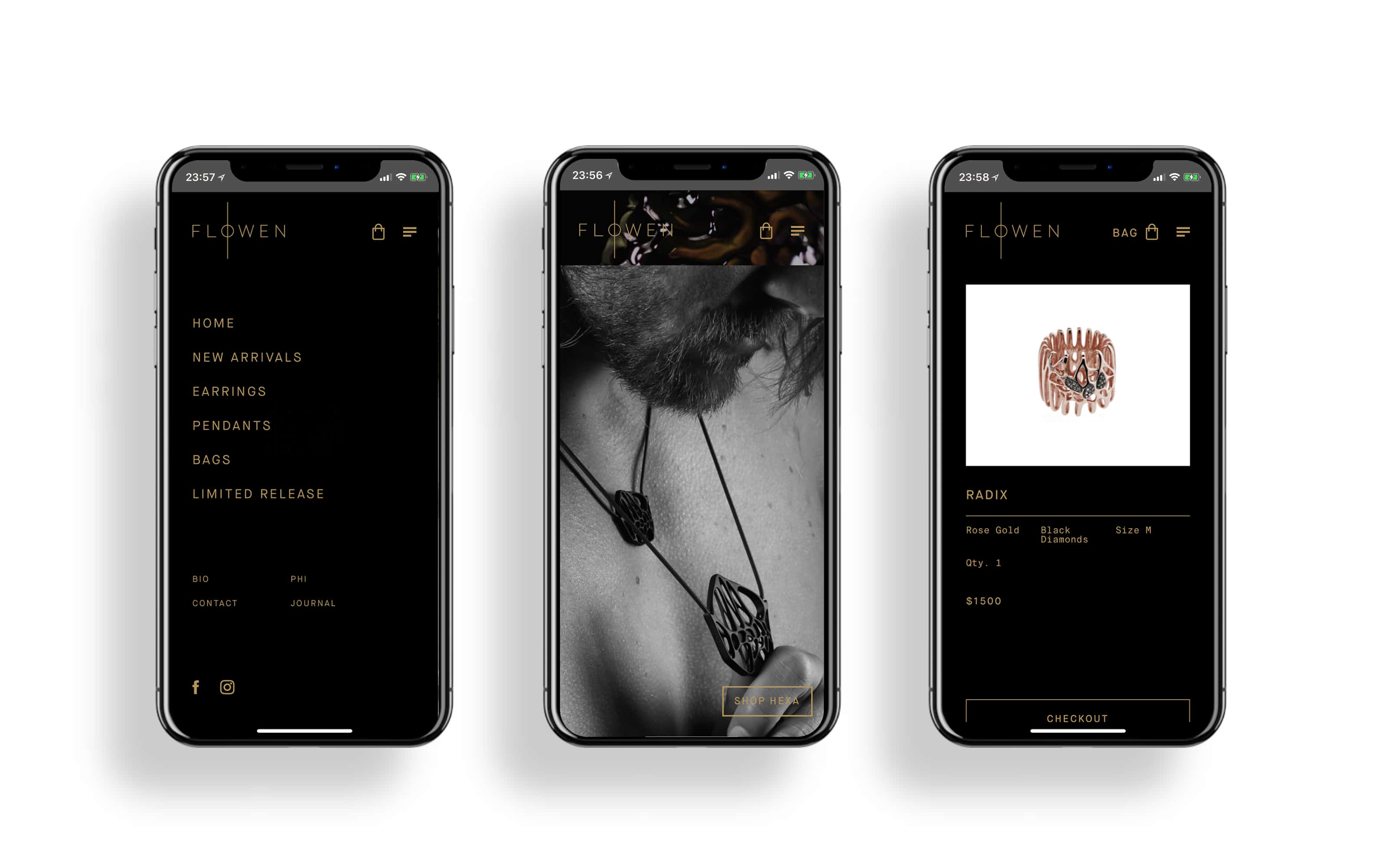 The final project is still in development, but you can check the animated website below. We always have the view online option at the end of our projects, but we do encourage this time to view it.